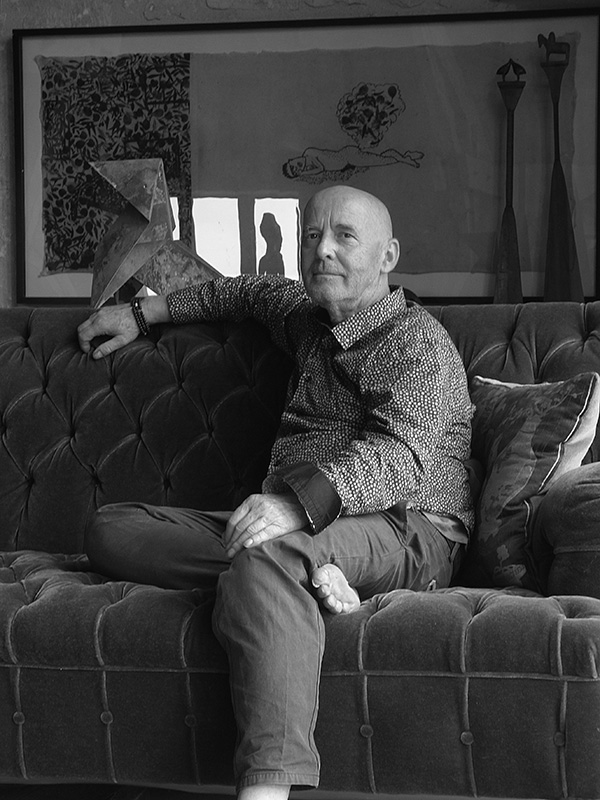 Grand like the work of the great cabinetmakers and designers who conferred the sense of the exceptional on french taste, the furniture and objects designed by André Dubreuil are rarities. Like well-executed somersaults spanning the memory of eclectic styles and cultures, his works possess a quirky distinction, favored by the most expert savoir-faire. An indulgence of materials and there unexpected confrontation animate them for the most complete visual enchantment. Of the lineage of Boulle, Riesener, Gallé and Rateau, André Dubreuil is the Goncourt brothers’ grandson, with Des Esseintes and Loti as great uncles. His playmates dreamed as much of science fiction as of musketeers or Japanese samurai. After drafting studies in London and a brief stint in antique dealing, André Dubreuil became a major figure of english design during the Eighties. Residing in France since 1992, he has established his presence on the international scene as one the most singular designers of the time. Composed essentially of one-of-a-kind pieces his work can be found in prestigious museums and constitute treasures of eminent private collections. The most sought-after decorators create enchanting interiors by implementing Dubreuil’s intensaly personal pieces.